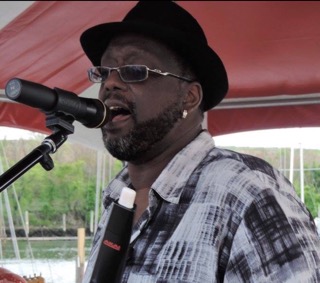 Bryan has been performing on stage as a musician and singer for audiences since the age of ten. He also writes, composes and records original music. He has performed as a solo artist and with bands from Boston to Miami as well as on cruise ships for over 20 years. He is also a theater actor and member of the Doris and Company Theatrical Group, where he stars as an actor, singer, songwriter and music producer for the ensemble. His original music can be heard on video recordings produced by the theatrical group. 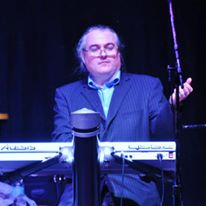 Originally from Bedford, England, Mark moved to the U.S. as a teenager, and remained on this side of the Atlantic to further his studies at the University of North Texas, where he received both Bachelor's and Master's degrees in music. He has performed and traveled literally around the world, from his native England to Singapore (where he taught in a music conservatory for two years) and throughout the United States and Canada. Prior to joining the Bernadettes in 1995, he was an original member of the critically acclaimed Texas based neo-cabaret outfit Little Jack Melody and His Young Turks, and can be heard on the band's first two CDs. Mark came to New Haven to pursue his doctorate at Yale University, where for three years he taught for the prestigious Yale Department of Music, and was awarded the Ph.D. in 2001. He is now Professor of Music at Hunter College and the Graduate Center, City of New York. 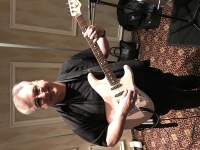 Originally from East Haven, Connecticut, Arnold began playing guitar at age 12. At age 13, he played his first gig with a trio and made $33. He was hooked! At age 20, he moved to Los Angeles and attended Guitar Institute of Technology in Hollywood (GIT). He played all over LA in a variety of working bands in many different genres including Ska funk, rock, blues, R & B and country. In 1988 He was introduced to Michael Hedges and a style of music called "open tuning acoustics". He studied this style with renowned guitarist Bill Whitacre and performed this genre with Bill and as a solo artist. In 1996, He moved to Las Vegas and played up and down the strip with Dan Lovelace and the New Attitude. He enjoys writing poetry, short stories, and teaching children the beauty of music.